Ever heard of the Web Interface Session Sharing Key? Probably not but my guess is some companies are having issues with it without knowing. Of course they see sessions are not sharing and even open different sessions on the same XenApp server. I wrote an article about Understanding Citrix Seamless Engine some years ago and the article explains sharing issues with published applications but the Web Interface session sharing key is another story that I will explain here.

The Session Sharing Key plays a role when:

Now what, or better where, is the Session Sharing Key? You find the "SessionSharingKey" in the ica file that is used to launch the session downloaded from the Web Interface site or service. To get the file you have to do some things as described in the following article CTX115304 or simply use Firefox as the browser.

So what's up with the first sharing key that comes from Web Interface 5.2? Well Citrix decided to encrypt the whole key with a hash. Most important to know is that the SessionSharingKey must be 100% the same for the user in order for session sharing to work!

Problems with the Session Sharing Key

Right now some of you might still not see any problems with the sharing key but it gets nasty. Let's start with the obvious - the domain value! Let's assume the Administrator has pre-populated the domain in Web Interface with mydomain.local and the user launches a session desktop.

Now on the desktop the online plug-in is started with pass-through enabled. By default the logon domain at the server is just mydomain and not mydomain.local! 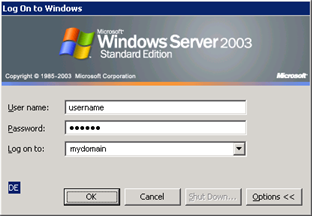 Now, if the user starts an app through the online plug-in the session sharing key will not be the same as for the session desktop and ends up with additional sessions and logons (profile loading etc.) for the user! Very bad!

Not so obvious and what I would call actually mean is that the Web Interface site and the service site deliver different session sharing keys even through everything is the same for the user! This is a bug in Web Interface and so far I don't know if it still exists with the latest release (5.2)

How do I get the same Session Sharing Key 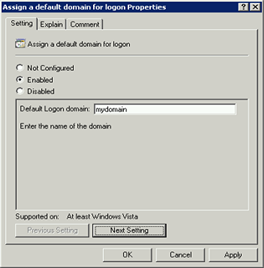 The key with the hash value doesn't help at all so the hash must be disabled first. To do so use the Windows build-in search (make sure to search ALL files) and search within files for "SessionSharingKey". With Web Interface 5.2 you will find the "Include.java" and "LaunchShared.java" and looking into the first you will not really find anything helpful. In the LaunchShared.java you will easily find the following lines

// Put the encrypted hash in the ica file, if we successfully managed to create one.
icaFile.setValue(ICAFile.SECTION_APPLICATION, ICAFile.VALNAME_SESSIONSHARING_KEY, sessionSharingKeyHash);

If you add "//" in front of the second line, then you disable the hash for the sharing key and as a result you will see the following even longer string:

Now you might have an Off where it should be On or vice versa!? The first several options you can manage (Publish options plus domain) but what's with the rest? Simply you add the right value to the default.ica file of the Web Interface or service site. Find details for each value in the ini file reference CTX107919.

The session sharing key is very important when using the Web Interface site and the online plug-in in any combination. Make sure the domain authentication is set the same way for Web Interface as for the Server/Workstation (dom or dom.loc). At some point you might need to troubleshoot the exact issue to solve the problem because of a Web Interface bug.

All of the problems will result in session sharing not working. Multiple sessions for one user, multiple times the user profile is loaded, multiple logons, more server resources used and so on is what you get. So make sure YOU have the Session Sharing Key under your control, DO YOU? Let me know!